Friendship Promenade in Mielno, because that is its full name, was founded in 1908. Originally, it had a protective function against coastal dunes – it strengthened and protected the shore against the destructive effects of sea waves. With time, tourists resting in the resort liked this place for walking and … so it remained. In the eighties of the last century, a storm of exceptional strength tore the dunes, and along them the walking path. In 2018, as part of the last stage of reconstruction of the project, two existing sections were combined – taken by the elemental – into one whole. Existing and revitalized in earlier years of descent to the beach at White Eagle Street, Chmielna and Mickiewicz were joined by footbridges on steel piles just in front of the dune front.

The Deer Monument is located in Mielno on the square next to the Town Hall (Chrobrego Street 10).

It has always been in Mielno – tourists ask about deer, it is a nice touch of the commune. Often devastated – but always renewed. The sculpture was first located on the square by the concert shell (1 Maja Street ). It was founded in the interwar period by one of the landowners to commemorate a successful hunt. It depicts a metal figure of a life-size deer placed on a low concrete pedestal. He has already become a legend of Mielno and you must take a picture with him when you are in Mielno! 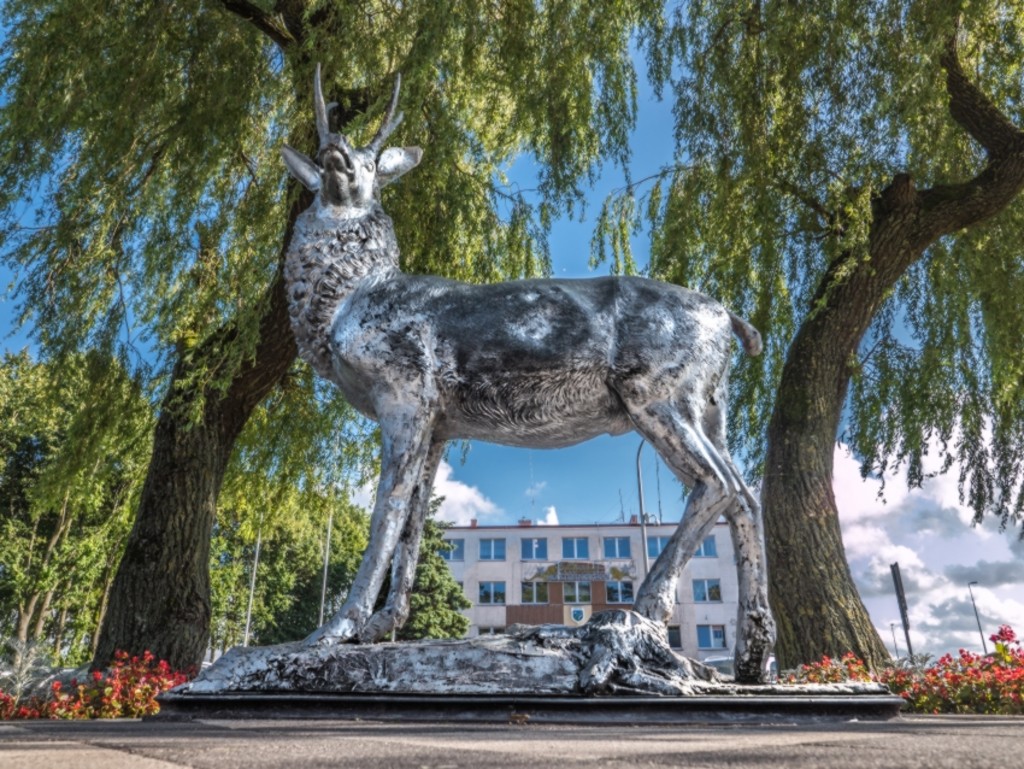 The Forest Loop of Adventure and Secrets in Mielno is a kind of nature path that leads through the old dunes characteristic of the coastal forest and other objects: strongholds and bunkers. The most characteristic elements of the path are large figures of cones, a footbridge connecting two strongholds, an observation deck and two new “packaging” of bunkers. This is a typical family product, great fun for children and encouragement to visit this amazing corner of Mielno.

The marina of sea fishermen is often visited by tourists.

Here you can buy fish straight from the sea or freshly smoked eels, salmon, halibut, herring and other fish.

Newcomers from the interior of the country are watching with interest the work of fishermen on boats and in network stores.